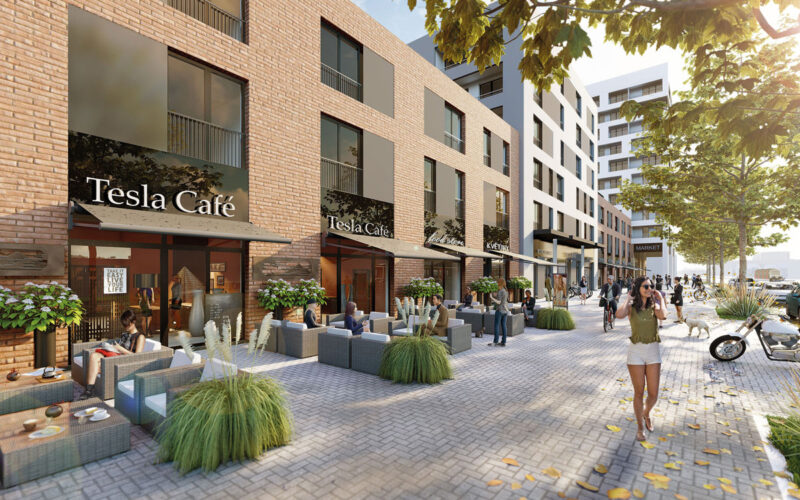 The newly emerging Tesla Hloubětín neighbourhood is currently one of the largest residential developments. Approximately one thousand five hundred new apartments for more than three thousand people will be gradually built on the brownfield site of the former radio and television manufacturing company. The construction, divided in five planned stages, will create a modern residential district with terraced houses containing industrial elements. Inside the district, there will be a quiet inner block with a less dense and airy development with a large public park and a pedestrian zone with abundant greenery. The project also includes ecological elements, such as green roofs, rainwater retention tanks for watering greenery or recuperation. Completion of the first blocks in the first phase is planned for the end of 2024. The entire neighbourhood should be ready around 2030. 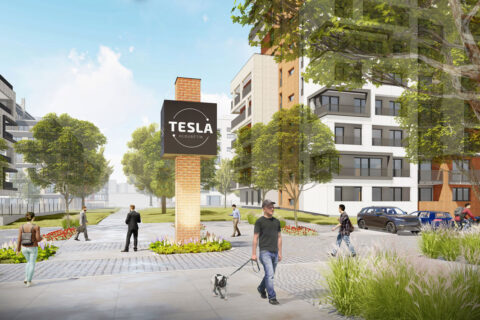 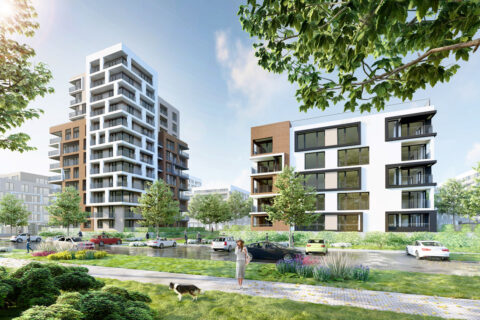 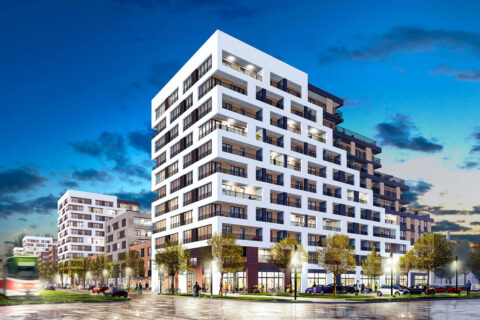 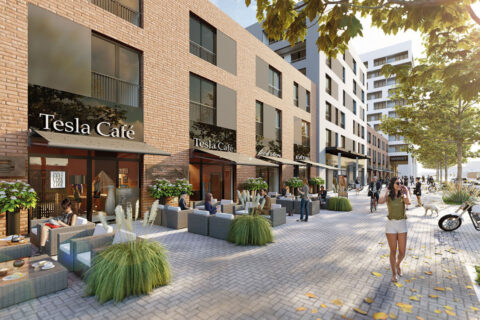 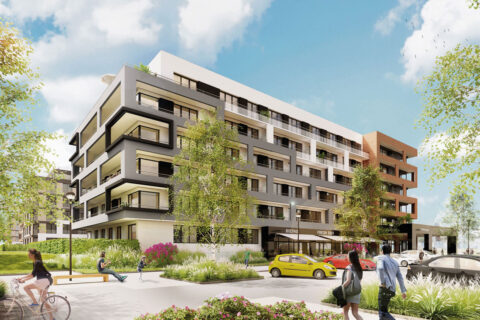 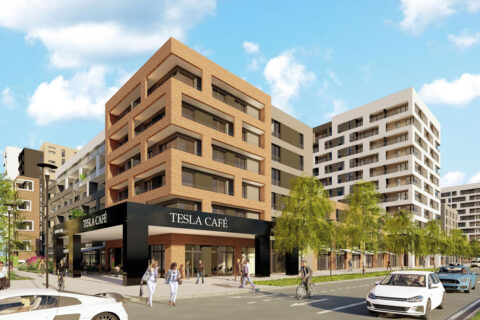 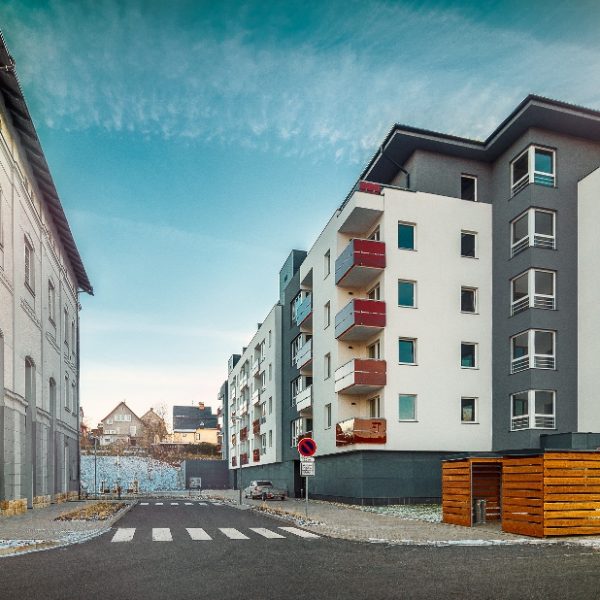 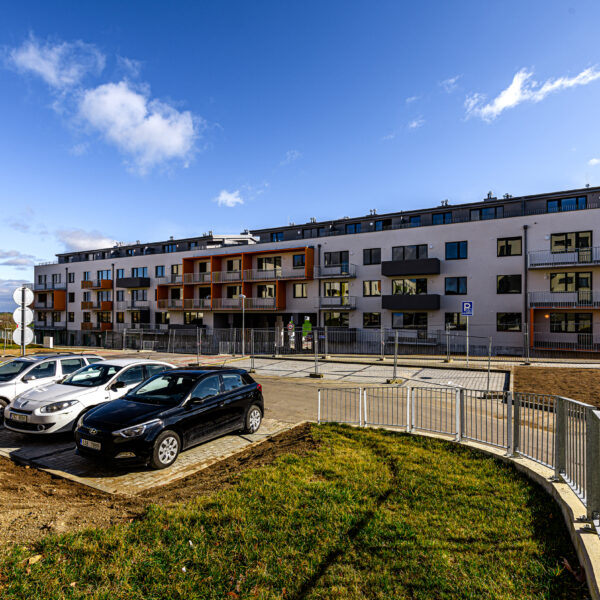